The following is a piece written by a writer for my Journal Blog, “G”. It was written in 2011 and is entitled “My Favorite Pic of my Dad.”

I have been thinking a lot of my own Dad, now gone over twenty-five years. This piece is about my favorite picture of him.

My Dad, as I’ve mentioned in this forum many times, was a man of simple tastes and wants. Dad’s idea of a “fun time” on Saturday afternoon was tinkering around on his car and its’ engine. He just LOVED doing that. All Dad needed for complete happiness was a pack of Camels (unfiltered of course. No wonder I NEVER took up smoking) and a six-pack of Schaffer beer. (Do they still even make that anymore. Yes, I did take up beer drinking, but NEVER Schaffer!)

Anyway, one Saturday slightly before his death, I joined Dad, just to watch, because, as everyone knows, I have NO mechanical ability. He handed me one of the Schaffers, and told me to listen carefully. He then proceeded to give me a list of seven things which I either Must do, or must NEVER do after he died. I wrote them on the back of an oil filter box he was changing.

“I won’t tell you how to do these things, you’re far too intelligent for that, and can do that much better than I can, but you must understand that I want them done. You hear me mister?”

Dad nodded his head in satisfaction.

About the time we were done, Dads’ friend and neighbor Ernie came by. He had a new camera.

‘Take a picture of my son and me” Dad said.

Well, someone must have made some funny remark just as the camera went off. The picture shows Dad, all 5’9” of him, his already slight build made that much smaller because of the cancer that had been eating away at him for over a year, slightly bending over, his hands around my waist, mine over his shoulder, him howling with laughter.

Despite this “Mutt and Jeff” “Godzilla and the Midget” image, it is my favorite all time pic of me with my Dad.

After Dad died, I faithfully did each of the things he ordered, going down the list until I could check each one completed. He’d be pleased.

I have this feeling that after I die and get to the pearly gates, stand at attention in front of St Pete, salute, and say “Another Marine reporting Sir, I’ve already spent my time in hell!” He’s going to say:

“OK kid, come on in. Your Father is over there waiting for you.”

Then, as an aside, he’ll put his hand to the side of his face, and say:

“Look out! He still smokes Camels and drinks Schaffer!”

OK Dad, I’ll see you when I see you. Wait for me. BUT PLEEEESE, have something for me other than Schaffers! 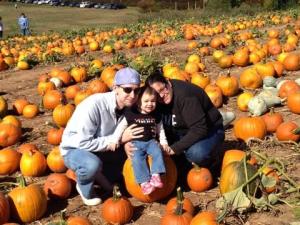 Dad you’ve made such a difference in my life! 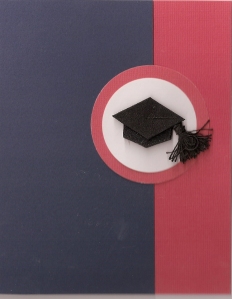 The Sentiment Categories for January are Mom Birthday. Memorable Birthday, Bon Voyage, Christening, Congratulations, Dad’s Day, Friendship and Get Well. The Seasonal Post for Valentine’s Day will be posted on Feb. 3rd. Please feel free to use any of the following:

Mom’s Birthday:
You’ve always shown me what is important in life, and today, THAT IS YOU!
Thank you for being my parent, my nurse, my coach, my teacher, and my friend. I hope that today will be every bit as special as you are. Happy Birthday!
Too often we forget what a birthday is really all about – Today I started thinking about you and what a difference you’ve made in the lives of the people who know you. I just can’t imagine what things would be like if your life weren’t part of mine. It reminded me of what birthdays are for- and so today, I celebrate you and the difference that your life has made in this world.
Memorable Birthdays:
May everyday in the year ahead bring you something to enjoy.
It’s your day to surround yourself with everything you love.
Wherever this year takes you, may you find happiness along the way.
How do you expect me to remember your birthday when you never look any older?
Happy is the person who keeps a child’s heart. Happy Birthday!

Bon Voyage:
Good luck in your travels! I have heart that ___________ is a wonderful place and I can’t wait to see your photos and hear your stories when you come home!
Have a wonderful adventure. We’ll miss you.

Dad’s Day:
Happy Father’s Day, Dad! I am so lucky to have grown up with such a wonderful father – you’ve always been there to love, support and encourage me.
Some Grandparents spoil their Grandkids with toys and gifts, but instead you spoiled me with your time and your love. I wouldn’t swap those memories for anything in this world. Happy Father’s Day, Grandpa.
To the world’s greatest Dad/Granddad. I hope you have a wonderful day.

Friendship:
A true friend is the one who walks in when others walk out.
Friends are how God gives hugs.
Friends are kisses blown to us by angels.
Joy is the feeling of grinning inside.
Thanks so much for your friendship.

Get Well:
Sending you a thousand smiles to brighten your day. Get Well Soon.
Being in the hospital is a downer, but look on the bright side, you get breakfast in bed!
It won’t be long before you’re better and back to being your same old self again. Enjoy the rest while it lasts!

Fellow Crafters,
I have noticed that this topic is one of your favorites – so if you want me to add another category please let me know.
Sallie

Listening to my heart, one journal step at a time.

Uniquely Yours Cards and Crafts

Don't be ashamed of your story it will inspire others!

Just a small town girl who writes about Christian stuff.

Live to Write - Write to Live

We live to write and write to live ... professional writers talk about the craft and business of writing

(re)Living History, with occasional attempts at humor and the rare pot-luck subject. Sorry, it's BYOB. All I have is Hamm's.

A blog full of humorous and poignant observations.

Don't ever change yourself to impress someone, cause they should be impressed that you don't change to please others -- When you are going through something hard and wonder where God is, always remember that the teacher is always quiet during a test --- Unknown

because art shouldn't be so serious

Creative Exploits of a Stampin' Up! Demonstrator in Saint Paul, Minnesota